Mainstream corporate business lost credibility and trust worldwide. Conventional legitimizing arguments for corporate business do not work anymore. Referring to efficiency or job creation is not enough for stakeholders who are angry with corporations destroying livelihoods, displacing people, and destructive of communities and nature.

The basic assumptions of the corporate management model became questionable. The dominant model of today’s corporate business is based on a materialistic conception of man. Human beings are considered as creatures having only materialistic desires and acting out of solely egoistic motivation.

The materialistic management model uses money-driven, extrinsic motivation and measures success only in money terms. There are two distinct but interrelated problems with the underlying assumptions of the materialistic management model. One deals with profit as the sole measure of economic success while the other deals with money as the main motivation of doing economic activities.

Profit is not appropriate as the sole measure of the success of economic activities as it provides an incomplete and imperfect evaluation of economic activities. Profit reflects the values of the strongest stakeholders, favors preferences here and now, and presupposes the reducibility of all kind of values to monetary values.

Money becomes problematic as the exclusive motivation for economic activities. It can crowd out the intrinsic motivation of economic actors which may lead to decreasing quality of economic performance. (Frey, B. 1997) Also, monetary incentives cultivate self-centered value orientation which results in socially insensitive and ethically irresponsible behavior. If economic agents become self-concerned then it is likely that – by employing moral disengagement mechanisms – their self-exonerative maneuvers will do harm to others.

American psychologist Tim Kasser states that materialistic values reflect the priority that individuals give to goals such as money, possessions, image, and status. Empirical research supports the idea that materialistic and spiritual values are relatively incompatible aims in life.  Numerous studies document that the more people prioritize materialistic goals, the lower their personal well-being and the more likely they are to engage in manipulative, competitive, and ecologically degrading behaviors.

In agreement with Peter Pruzan of the Copenhagen Business School we can state that a post-materialistic, spiritually based leadership is emerging as an inclusive and holistic approach to business that integrates the leaders inner perspectives on identity, purpose, responsibility and success with their decisions and actions in the outer world of business. The emergence of spiritual-based leadership can also be seen as an overarching perspective on other approaches characterized by a focus on concepts such as “business ethics,” “values-leadership,” “corporate social responsibility” and “sustainability,” but post-materialistic business considers ethics, social responsibility and sustainability not as instruments to protect and promote classical business rationale but as fundamental goals in their own right.

While traditional management aims at optimal economic performance subject to both self-imposed and societal constraints that mandate attention to the well-being of the organization’s stakeholders, post-materialistic business essentially interchanges the means and the ends. The “why” of organizational existence is no longer economic growth but material and spiritual fulfillment of all those affected by the organization, where a major restriction is the requirement that the organization maintains and develops its economic capacity to serve its stakeholders.

Luk Bouckaert of the Catholic University of Leuven formulated priorities for post-materialistic economy as follow.

(1) The priority of basic needs over subjective preferences. Preferences are individual and social constructions which express, intensify and transform basic needs, and in certain cases suppress and obstruct them. Basic needs, on the other hand, are the necessary preconditions for humane functioning in a historically and culturally determined community. One can translate basic needs into rights that one can claim on the basis of one’s human dignity.

The classical objection to the basic needs approach is that there is no consensus about the content of basic needs. What people experience as a basic need, according to this argument, depends precisely on their individual preferences. This is partially true. One cannot detach basic needs from an individual’s subjective aspirations, but that does not mean that basic needs should be reduced to those aspirations.

(2) The priority of commitment over self-interest. Experimental economics and economic psychology gives empirical support to the claim that social commitment has a moral priority over selfish behavior. Genuine commitment has its own logic. One who selflessly devotes one’s life to justice is aiming at something other than the pleasure of satisfying his/her own altruistic preference. He or she does it for the sake of justice itself, not (at least not primarily) as a means to an extrinsic end such as personal happiness or prestige. There is an essential difference between the instrumental function of a preference and the non-instrumental function of a commitment. While commitment is directed to bringing about an identity, a way of being,   preference satisfaction aims at bringing about an advantage or a pleasure.

(3) The priority of mutual trust over mutual advantage in the market. A good-functioning market requires cooperation and mutual trust. The market instrumentalizes all values in the function of individual, subjective preferences. When people determine their values themselves, a lack of moral cohesion can open the way to far-reaching opportunistic behavior, which is in the long term a threat to a good functioning of the market. Hence there is the growing awareness that moral self-regulation and “social capital” in the form of mutual trust are constitutive of a good-functioning market.

As a conclusion we can say that the hard facts of the ecological, social and psychological reality of early 21st century show that  mainstream materialistic business does not produce true well-being for people but actually undermines it. By advocating economic action on the basis of money-making and justifying its success by generating profit the current corporate model encourages irresponsible behavior of economic actors toward others, contributes to ecological destruction and disregards the interests of future generations.

The post-materialistic business model may activate the intrinsic motivation of the economic actors for serving the common good and suggests measuring success in a more holistic, multidimensional way. In a post-materialistic economy profit and growth are not final ends any more but only elements of a broader set of material and non-material goals. Similarly, cost-benefit calculations are not the only means of corporate decisions but integrated into a more comprehensive scheme of wisdom-based management. 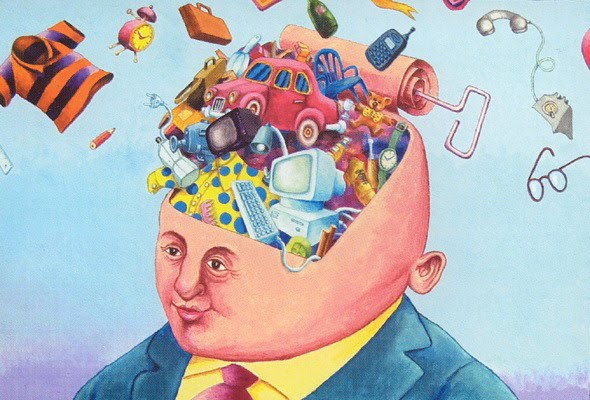