Since the late 1980s mankind has been operating in overshoot. Our ecological footprint has exceeded the world’s biocapacity by about 30 percent. This means that the planet’s resources are being used faster than they can be renewed. The problem is especially acute for the Western countries which use 600 – 300 percent of their fair earth share.

A common belief of business people, politicians and lay people is that the problem of ecological overshot can be solved by increasing resource efficiency. But – as ecological economist Herman Daly convincingly argues – an improvement in resource efficiency alone is equivalent to having a larger supply of the factor whose efficiency increased. The price of that factor declines and more uses for the cheaper factor are found. So scale continues to grow. The main task of our age is to reduce the scale of the economy relative to the ecosystem.

Frugality must precede the resource efficiency. It requires a drastic cut back of the material side of our economic activities. We should use much less nature than we usually use today.

The strategies for real human development have to be based, not on increased production and consumption of economic goods, but on the creation and nurturing of “synergistic satisfiers” propped by a minimum of economic goods – suggests Chilean economist Manfred Max Neef. Frugality enters the picture here as the ability to find what is the essential use of material resources and economic goods needed to achieve the satisfaction of all basic needs in a given situation. This puts economic goods in their right place at the service of “healthy living”.

Frugality should not be about saying goodbye to material wealth and repressing all our desires. We should focus on how to deal with our wealth, how to satisfy our desires more deeply and how to enjoy a qualitatively better life by consuming less. The Slow Food Movement is a fantastic example. It is a way toward using more qualitative foods and meals, in a more convivial society, while recognizing the ecological limits of the earth. It is a way toward greater and more intense pleasure through accepting limits. 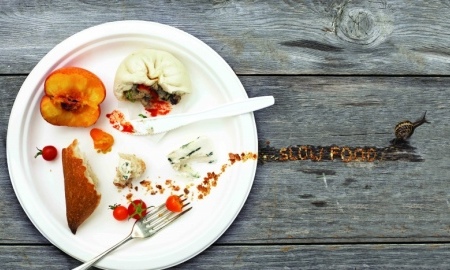