Economic Actors and the Ultimate Goal of the Economy 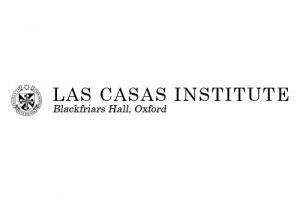 Laszlo Zsolnai gave a presentation on „Economic Actors and the Ultimate Goal of the Economy” at the Las Casas Institute, Blackfriars Hall, University of Oxford on July 7-8, 2017. He argued that mainstream economics employs a rather simplified picture of economic systems. Economic actors are grouped into three categories, namely individuals/households, firms, and the state. Among these actors only monetized transactions are considered. The ultimate goal of the economy is defined as maximization of individual income or financial wealth.

But in the reality of the 21st century the working of the economy is far more complex. Economic actors represent diverse types and the monetized transactions are only one from of the interactions among them. The paper suggests that we should minimally consider the following types of economic actors: individuals, organizations, communities, networks, and robots (or algorithms).  Among economic actors at least four basic types of interactions can be identified: market exchange, bureaucratic coordination, ethical transaction, and aggressive action. Different types of interactions may be combined but “crowding in” and “crowding out” effects may happen among them. For example, market exchange may crowd out ethical coordination while self-governance may crowd in ethical coordination. The ultimate goal of the economic system is not to produce material gains but to provide livelihood for those who are involved. Just and sustainable prosperity can be considered as the ultimate goal of the economy against which the performance of any economic system should be measured.

Economic Actors and the Ultimate Goal of the Economy