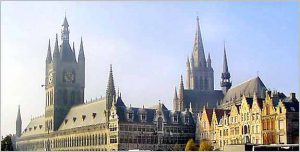 The 10th Anniversary Conference of the European SPES Forum was held in in April 10-12, 2014 in Ieper, Flanders Fields, Belgium. The conference entitled “Business for Peace – Strategies for Hope” was dedicated to the memory of the centennial anniversary of the first World War (1914-1918) The opening lecture was given by Herman van Rompuy, President of the European Council under the title “Europe as a Peace Project”. Participants launched  The Ypres Manifesto on Business for Peace.

The Ypres Manifesto on Business for Peace